Last week, we shared our images from the Chicago Workshop. We also had a Friday add-on option, to get to shoot even more before the main workshop. We had a smaller, but highly motivated group who wanted to photograph some locations in the Loop.

We started with an early sunrise at the Adler Planetarium. Despite the rain greeting us as we arrived, we had some dramatic clouds to shoot the skyline. Our first architectural location was the Spertus Institute for Jewish Learning and Leadership (Krueck and Sexton Architects). The facade has some great lines and reflections. Angie played with the white balance to obtain the colors below (since we had gray skies). After breakfast, we headed to the Flamingo (Alexander Calder). While Angie was shooting some detail images, Michael shot some wide lookups. 235 Van Buren (Perkins + Will) was next. The balconies have some great patterns, as do the parking garage ramps. On our way to Union Station, we stopped by the Willis Tower (Skidmore, Owings and Merrill) and its hard angles. Union Station is still under construction, but the renovated areas are beautiful. You can get both wide and detail shots. Walking north from Union Station, we arrived at the Bank of America Plaza (DeStefano and Partners). The building has an interesting triangular structure that’s great to shoot looking up. Our last stop before taking a break before the main workshop was the Thompson Center (Helmut Jahn). The colorful building isn’t easy to shoot, but you can find some interesting reflections. The Friday add-on was something new this year and it allowed us to include even more locations in the workshop! Chicago has so much to shoot, we can’t even cover it all in one workshop! 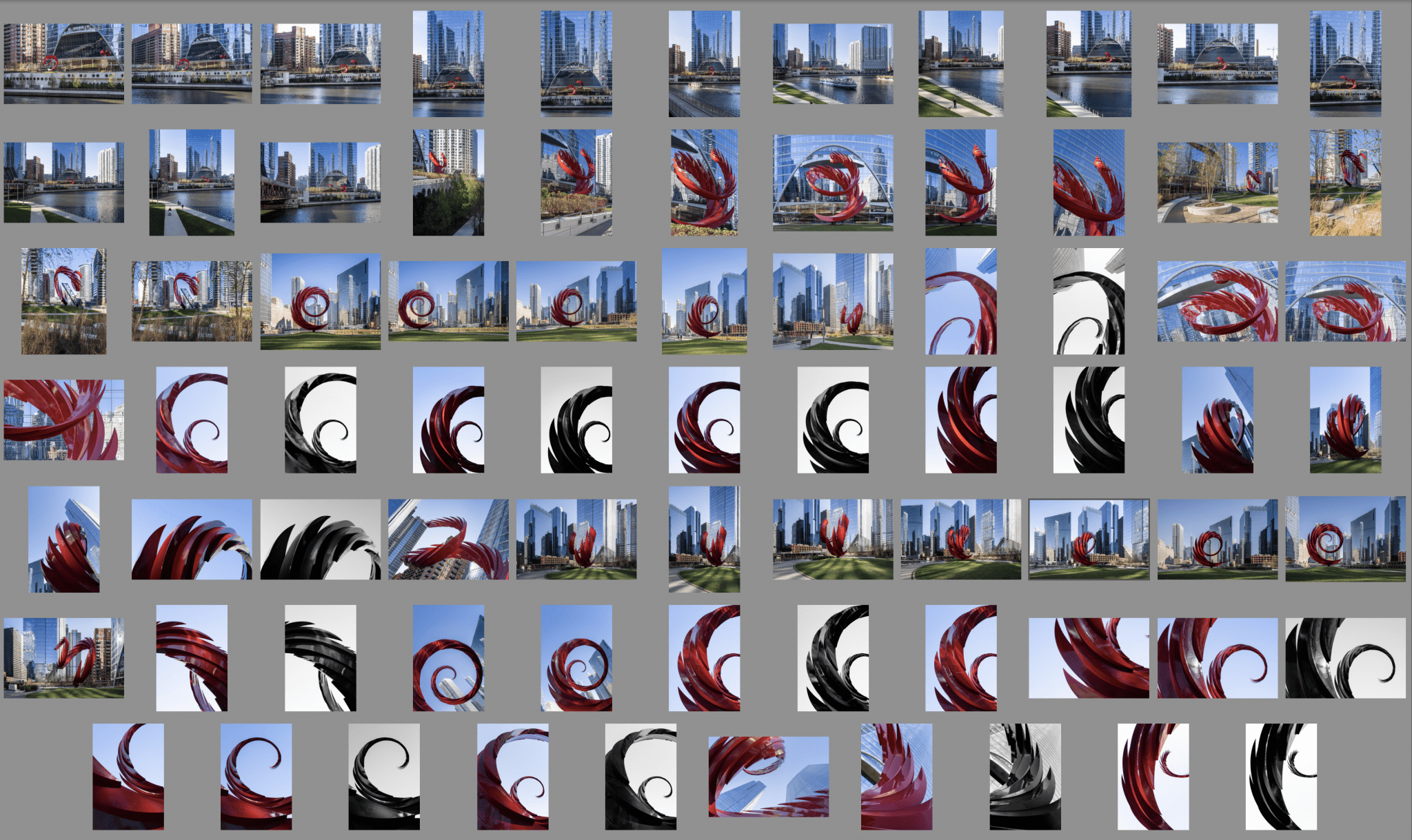