We’re starting a new feature on the blog where we plan to spotlight a specific architect and various building’s they’ve designed. Whether in one city, like today’s post, or various cities. We thought Chicago would be a good place to start, as well as featuring a Chicago-based firm, Studio Gang Architects.

Certainly one of our favorite firms, it was founded in 1997 by Jeanne Gang and beyond being headquartered in Chicago, she has offices in NYC, San Francisco and Paris. Their designs regularly have a strong emphasis on connecting people to their communities and environments. As you’ll see as we go through some of her Chicago designs.

Regarding the design of the building and photographic interest, the roofline is one of its most interesting features. Drawing from the rowing motion the sculptural shape of the roof alternates between an inverted “V ” and “M”. From wider shots to details and even nice winter contrasts with snow against the black facade, there are some great options in photographing this space.

Next, the Nature Boardwalk and Pavilion at the Lincoln Park Zoo. Definitely a favorite with so many ways to photograph this space! The design has a strong emphasis on improving water quality, plant variety and diverse animal habitat. We even saw a beaver here once! Given we’re not photographing the landscape so much as the pavilion and its fantastic framing qualities of the Chicago skyline, let’s talk a bit about that 😉 The pavilion’s design is meant to take inspiration from the tortoiseshell. How much do you love the thought that’s gone into the design in relation to its location?!

Moving onto downtown and the building that put her on the map, Aqua. The world’s tallest skyscraper designed by a woman-led firm, that is until neighboring Vista (also designed by Studio Gang) is complete very soon. There is the Aqua Radisson Blu hotel, condos, apartments, offices, and parking, all within this building.

The undulating balconies are meant to connect neighbors in an urban environment where this tends to be uncommon. There are even stories of people meeting this way and getting married! The design also draws inspiration from the topography of the great lakes, mimicking the hills, valleys, and pools of water.

As you can see below, there are many ways to photograph this building, from wider shots to very close up details and abstractions. With low-key to high-key post-processing working well.

Onto the Hyde Park neighborhood of Chicago and three designs by Studio Gang here. First, City Hyde Park. This building takes up a full city block, replacing a strip mall and parking lot with this great space. The base of the building is home to a grocery store and other businesses. A colorful section divides this commercial space from the apartments above. On the north side of the building are great views of downtown Chicago, on the southside balconies that act as a means to connect neighbors.

Just a bit further south in Hyde Park is Solstice on the Park, another apartment building. All three mentioned here have green roofs and this is no exception. Further trying to incorporate environmental considerations into her designs, this is one of her first to incorporate solar carving (another recently completed is Solar Carve in NYC, which we’ll be shooting during our workshop later this month ). What this means is that the surface of the building is oriented and “cut” at a particular angle for the location’s latitude. These “cuts” in the facade of the building maximize sunlight in winter and minimize light and heat during summer.

This one is a bit challenging to shoot abstractly, but here’s one take for you. Nice tones and laddering of the cuts in the facade. Our final stop, also in Hyde Park, the University of Chicago Campus North Residential Commons. Again encompassing an entire city block this building connects students with the surrounding neighborhood. There are many plazas, gardens, walkways, and courtyards that connect the three buildings that make up the Commons. The buildings are covered in over 1000 pre-cast concrete panels, with about 61 different varieties. Whether shooting straight up or at an angle, the curves and lines of this building create a great contrast.

Thanks for joining us on this tour! There are a number of other Studio Gang designed locations in and around the Chicagoland area and we’re happy to see their designs expanding worldwide. Definitely looking forward to photographing a couple in NYC very soon!

If you have images of any of their other designs we’d love to have you share them with us in our FB group: Architecture Photography Unfolded. 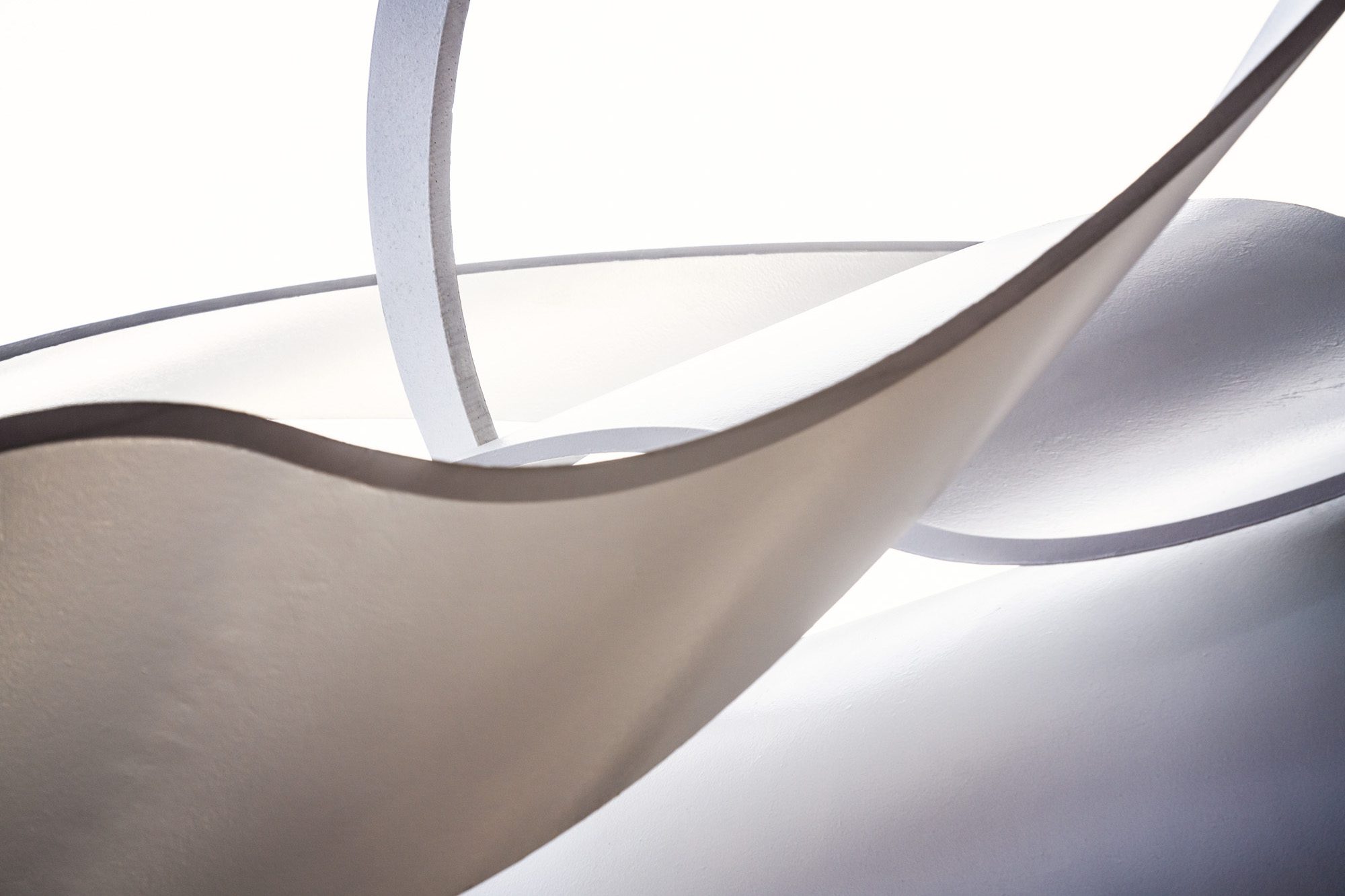