Incorporating People Into Your Architectural Images

If you’ve been following me for awhile now, I’m sure you’ve noticed I rarely incorporate people into my images. Hard to do with abstracts since the whole point is to take the space and subject out of context. Once you add a person to your shot, that goes out the window. You can’t exactly rotate an image with a person 180 degrees and not make it seem very odd, lol.

People inherently provide context, a sense of scale and hopefully a point of connection. So, let’s go over a few ways to incorporate people into your architectural shots.

First, and this may sounds harsh, they need to be the right person, at the right moment. Sorta along the lines of Cartier-Bresson’s Decisive Moment theory – “when the visual and psychological elements of people in a real life scene spontaneously and briefly come together”.

Let me be clear, what we’ll go over here isn’t street photography as Cartier-Bresson is known for. The images are still very much about the architecture and that taking the lead. People are there to provide context and scale. However, you do need to wait for the right motion of the person, maybe the right person with the right clothing, etc. It still needs to be thought out and considered and not haphazard.

Like the image above, I made shots framed similarly without anyone in them, and then some shots with the boy and his mother. None of them worked. Either it was too cluttered with both of them or they were overlapping in a weird way or has the “wrong” stance. It was this image, with the boy alone, gripping the staircase in this way and the way his feet were placed and his gaze in the downward direction that makes this work. But, overall, this image is still very much about the staircase taking center stage and the boy giving the space a sense of scale and a relatability factor..

In this next image, the two men walking near the building in downtown Los Angeles add a nice sense of scale. To both the building and the Calder sculpture. Their positioning works well too, one going in the building, one going out and positioned at an angle with good stances. With shots like this, you often need to make many images rapidly to get one that has the individuals aligned in a way that works well.

In this next shot, the people in the scene give that point of human connection but also add layers to the shot. We don’t see the people themselves, but a reflection of them in the window – those walking by and then those further into the image seated on the ground against the wall. Reflections are always great for creating layers within your shots.

There’s also framing going on in this shot, with each window pane framing each group. Below, a couple more images incorporating framing.

In the image above, the man walking is blurred indicating motion, which can make for a more dynamic shot. Here, it also somewhat replicates the motion you feel from the spiral staircase.

In the first shot below, utilizing moving vehicles is way to incorporate motion. There are also many layers within this shot, adding more interest.

The rush of multiple people using this staircase adds interest to an otherwise very minimalistic image.

Using symmetry in both the framing of the architectural subject and the person within the frame creates balance and a feeling of centeredness. 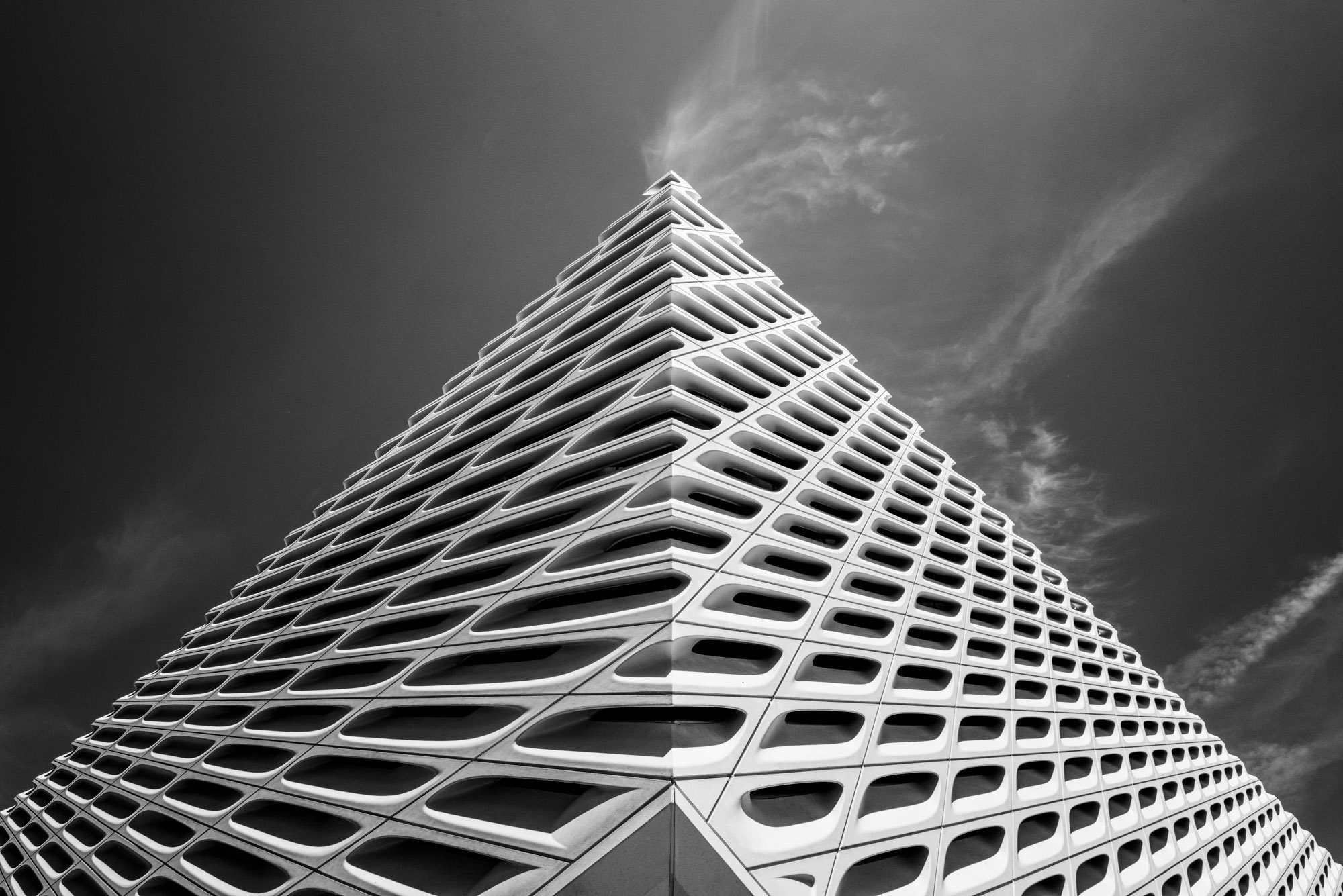 The Broad – Inside & Out 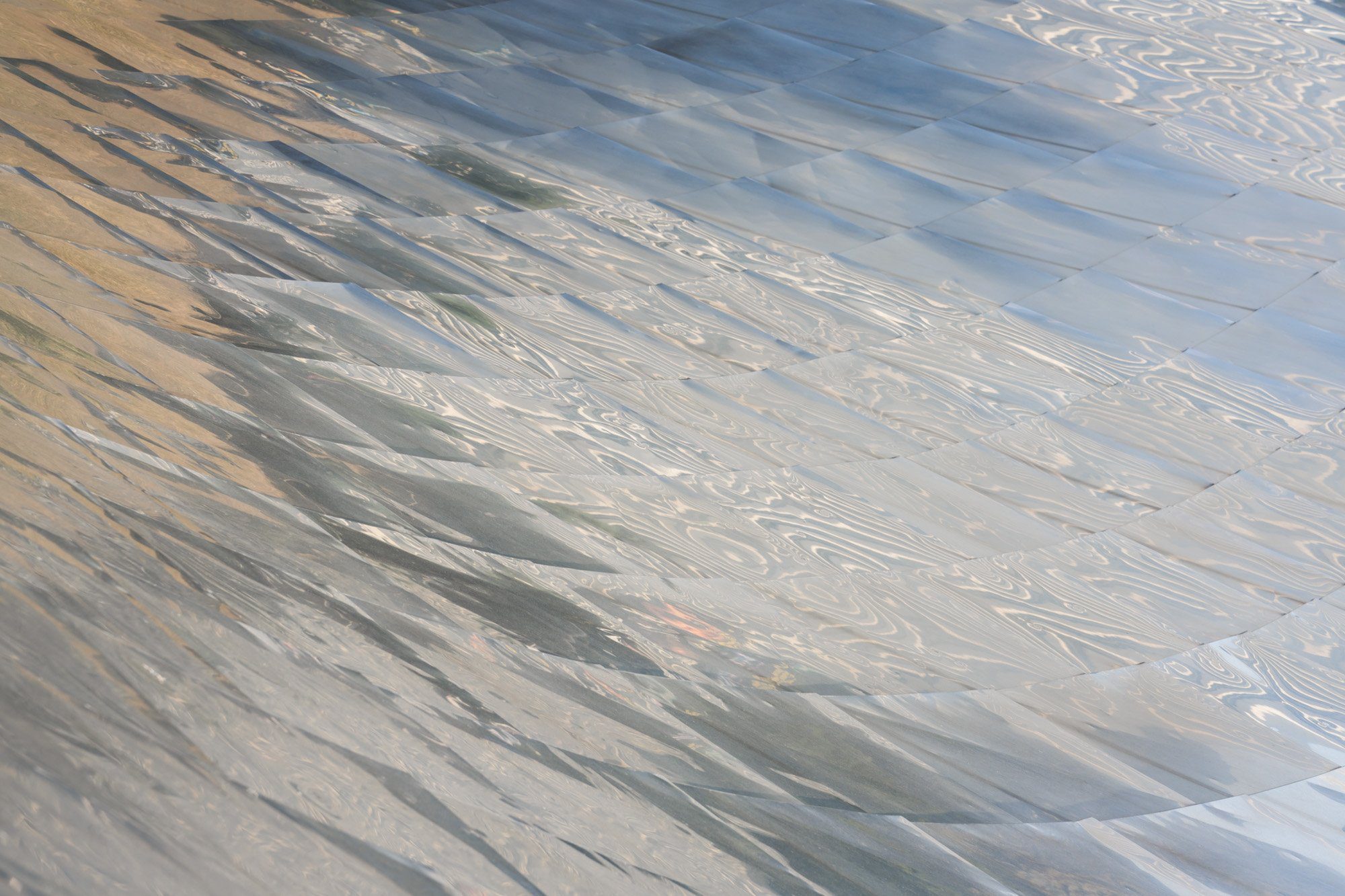 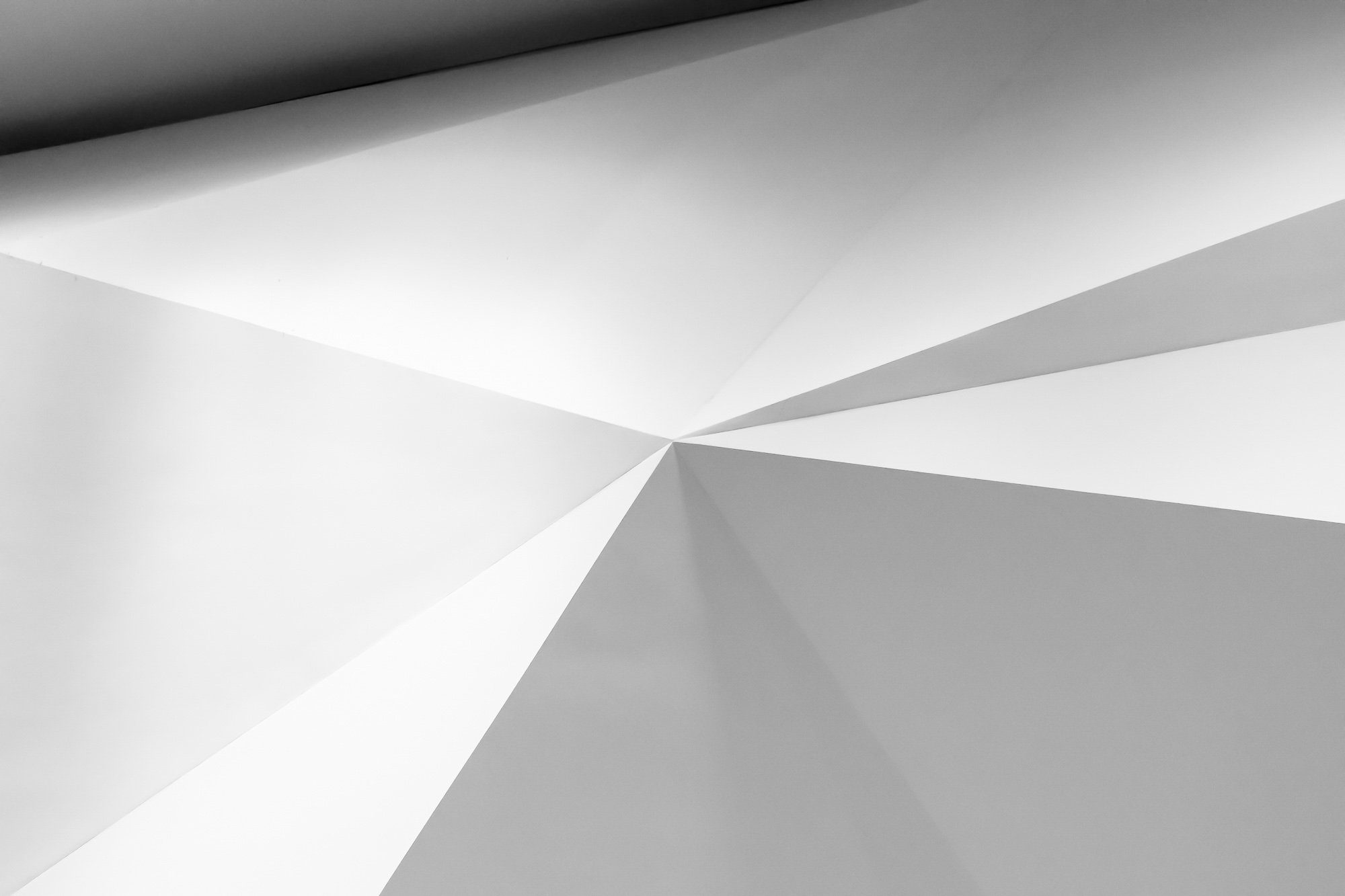 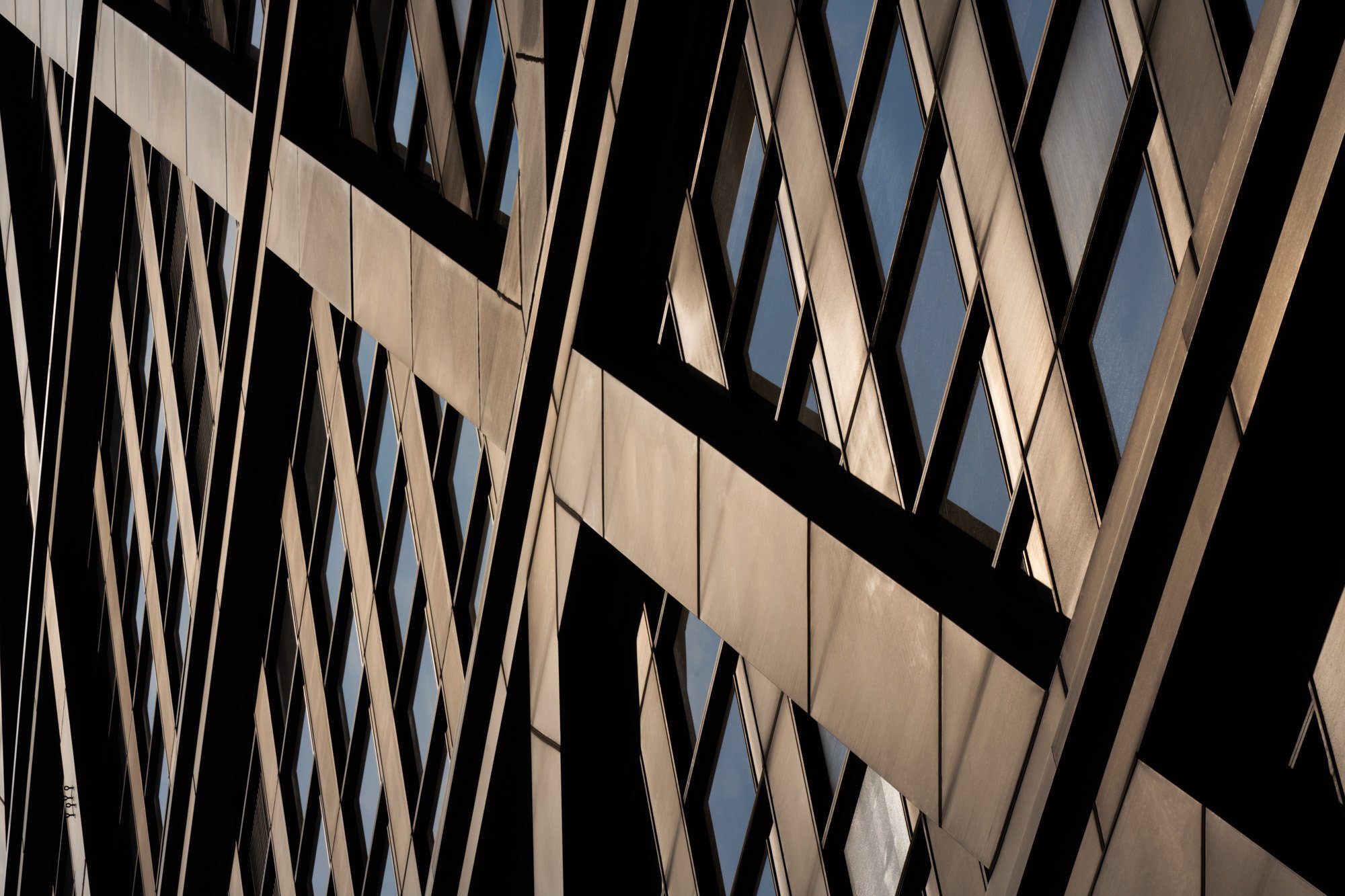 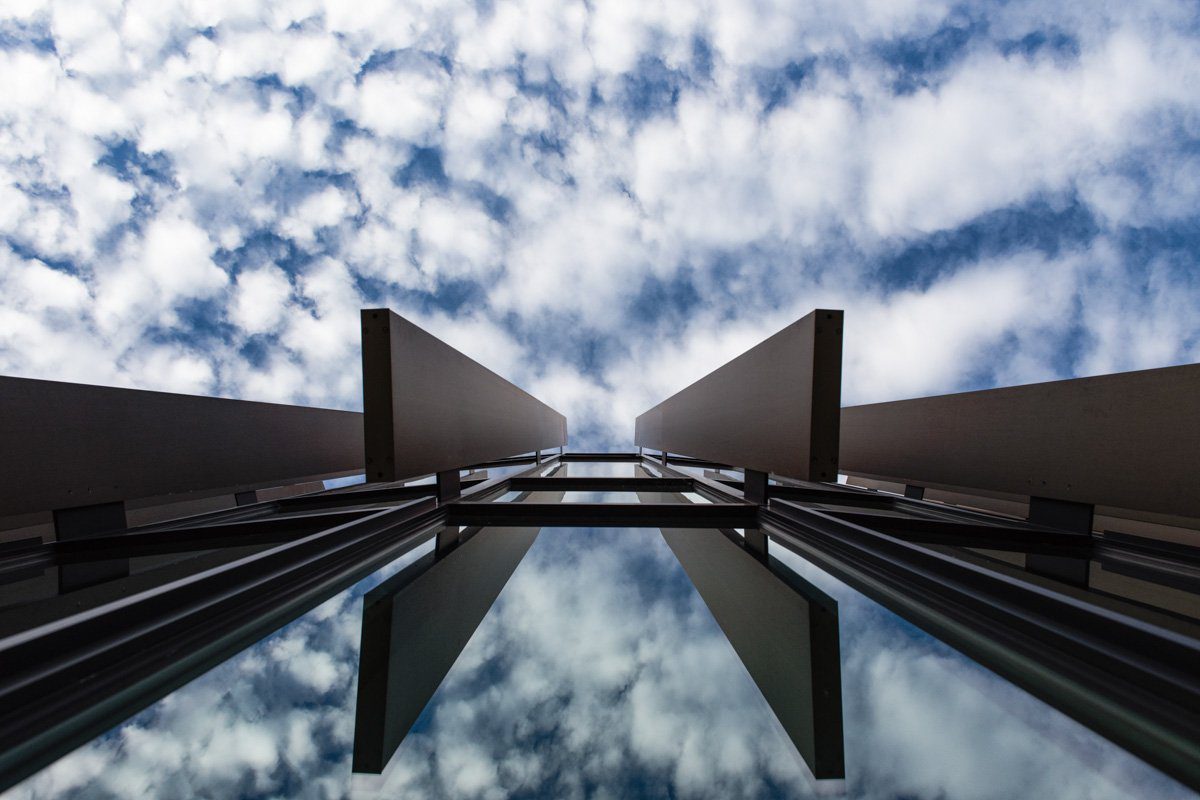 Utilizing Reflections In Your Architectural Images