In line with this month’s theme, I thought I’d dive into a few examples on how to incorporate motion into your architectural images – whether cityscapes or more abstract interpretations.

The motion of traffic is probably one of the first things to come to mind. Shooting at night makes this pretty straightforward as you inherently have a long exposure due to the low light. Your light trails can be very fluid as you see in this shot of Los Angeles and the boat traffic on the Chicago River.

You can also use a slightly faster shutter speed so the streaks are a little more intermittent with space between them.

While these types of shots are usually done at twilight, even gray gloomy days can work and give a slightly different vibe since the cars are somewhat recognizable.

Don’t forget to play around with tighter urban landscape shots. Same approach, just focusing in on a smaller section of the city. You really feel the density and you can get some fun, less typical traffic patterns.

Let’s continue with a more urban/cityscape views but use intentional camera movement to bring motion to your shots. There are so many ways to do this.

Smoothly zooming the lens while on a tripod…

Intermittently zooming while on a tripod…

Hense the squiggly lines as opposed to straight lines with a tripod.

You can also use irregular movement, like a swish to the right. This type of shot cannot be done on a tripod. Any irregular motion needs to be handheld. If you want greater consistency, stick with the tripod.

Then, there’s the accidental panning type of shot. Well, this was accidental as I had placed my camera on a rock and during the longish exposure, the camera slipped down and to the right. But it was a great reminder to try this technique intentionally.

Something I don’t do much of but worth a mention, if you want to shoot during the daytime and get those wider shots either of the city or an architectural element you need to use neutral density (ND) filters. I honestly haven’t done this in years but it’s a great tool when you need it in crowded or busy spaces.

The filters basically act as sunglasses for your lens, making the scene darker and forcing you to need a longer shutter speed, therefore blurring anything that moves – people, traffic, etc.

Alright, let’s move into those more abstract shots. You use the same techniques as with a cityscape. It’s the choice between using a tripod to get those more regular lines. Usually something you’ll be doing at night and showing the lights beaming.

Or zooming handheld for a more irregular pattern. Works day or night.

When using ICM handheld and for those tighter details shots, I think it’s helpful to mimic the motion or pattern that already exists in the design. It can help keep some level of recognizability. Whether it’s a curvy staircase and you swoop your camera to mirror its existing shape…

Or the horizontal or vertical plane of the surrounding buildings…

Or you can just go crazy and make completely irrational movements to completely distort what’s in front of you. Like with this shot of the underside of The Bean in Millennium Park.

You can also use panning for those tighter, more abstract shots as well. Whether vertically or horizontally. Again, more or less using the pattern that exists in the design to guide you.

I haven’t mentioned much about the technical aspects of creating shots like this. In all honestly, it’s just playing and there’s no real science behind this. However, as a general rule you want at least 1/4 of a second or slower for your shutter speed, so adjust ISO and aperture accordingly. I still tend to leave my camera on aperture priority but this might be a case to move to shutter priority.

During the day I’ll often be at ISO 50, f/22. Indoors or at night – ISO 100-200, f/8. These are really just generalizations. It’s really a matter of playing around and seeing what is and isn’t working in the moment. With the ICM shots, there’s a huge failure rate. I can often make 50+ shots and only keep one. So, just go out and have some fun! 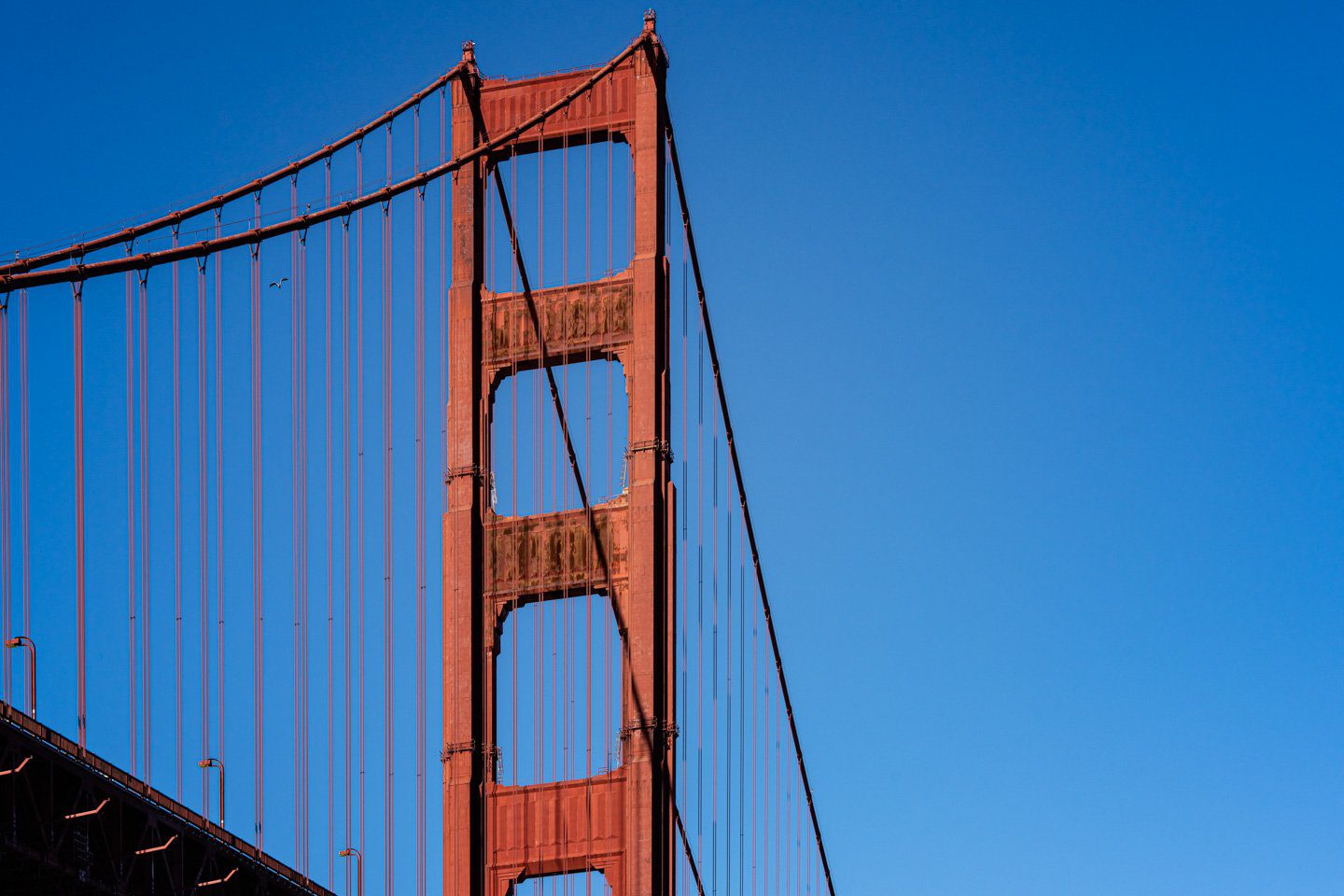 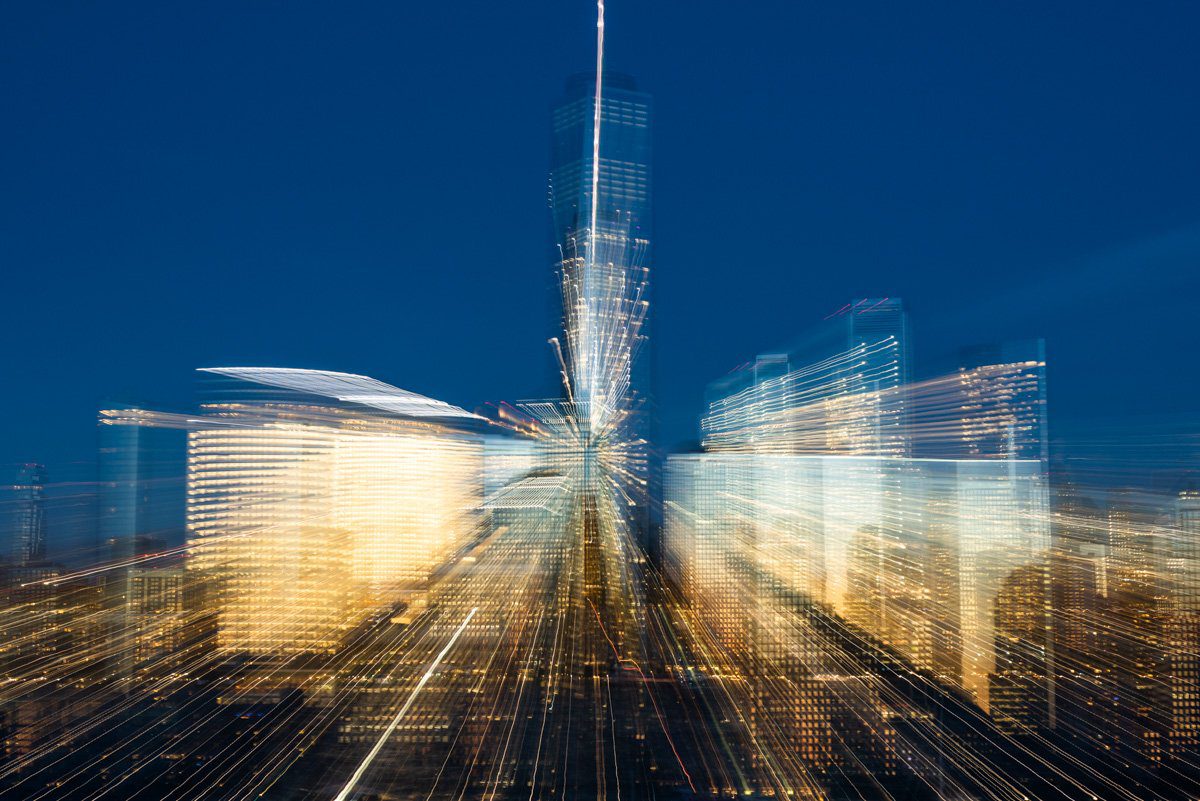 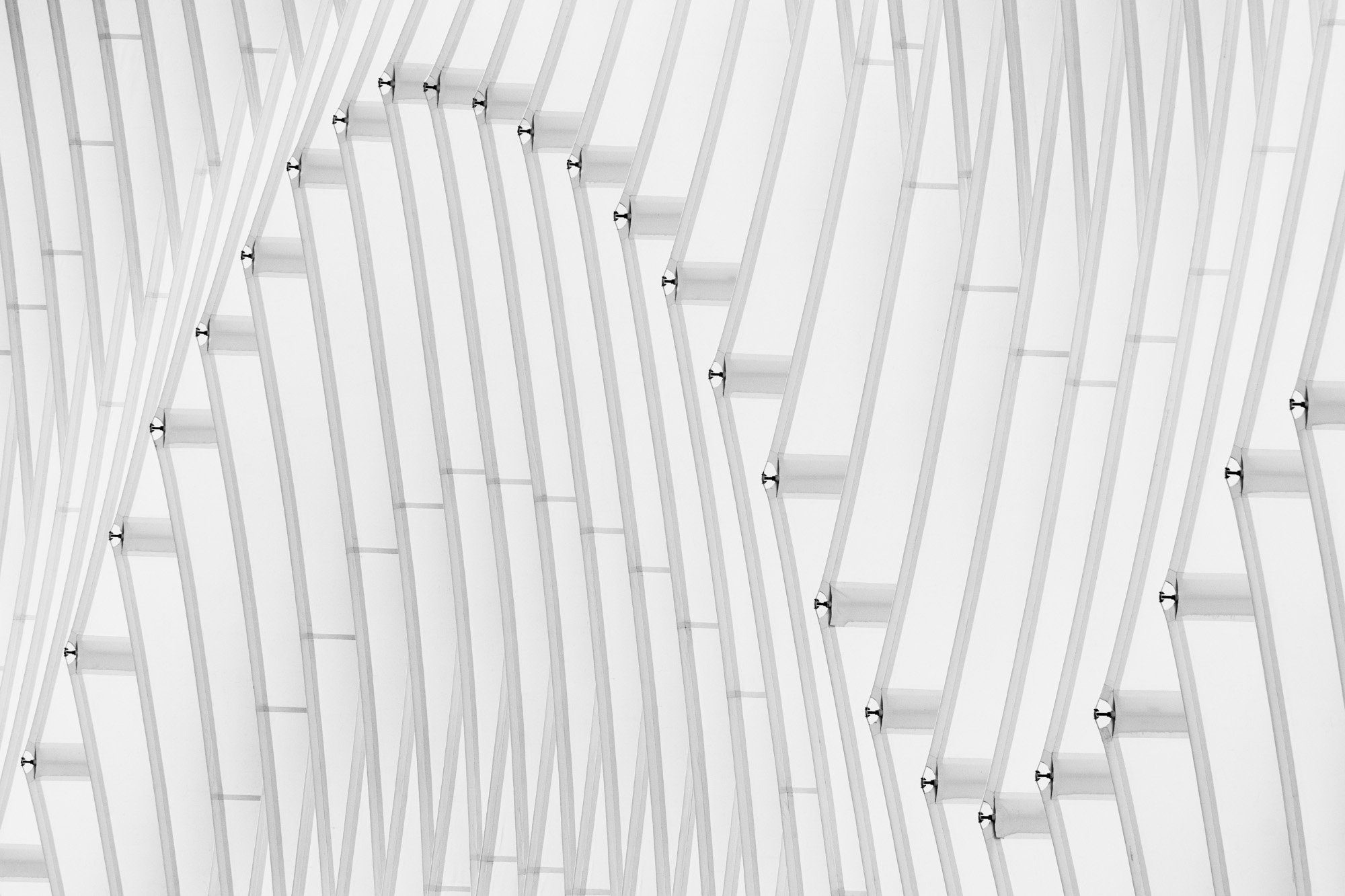 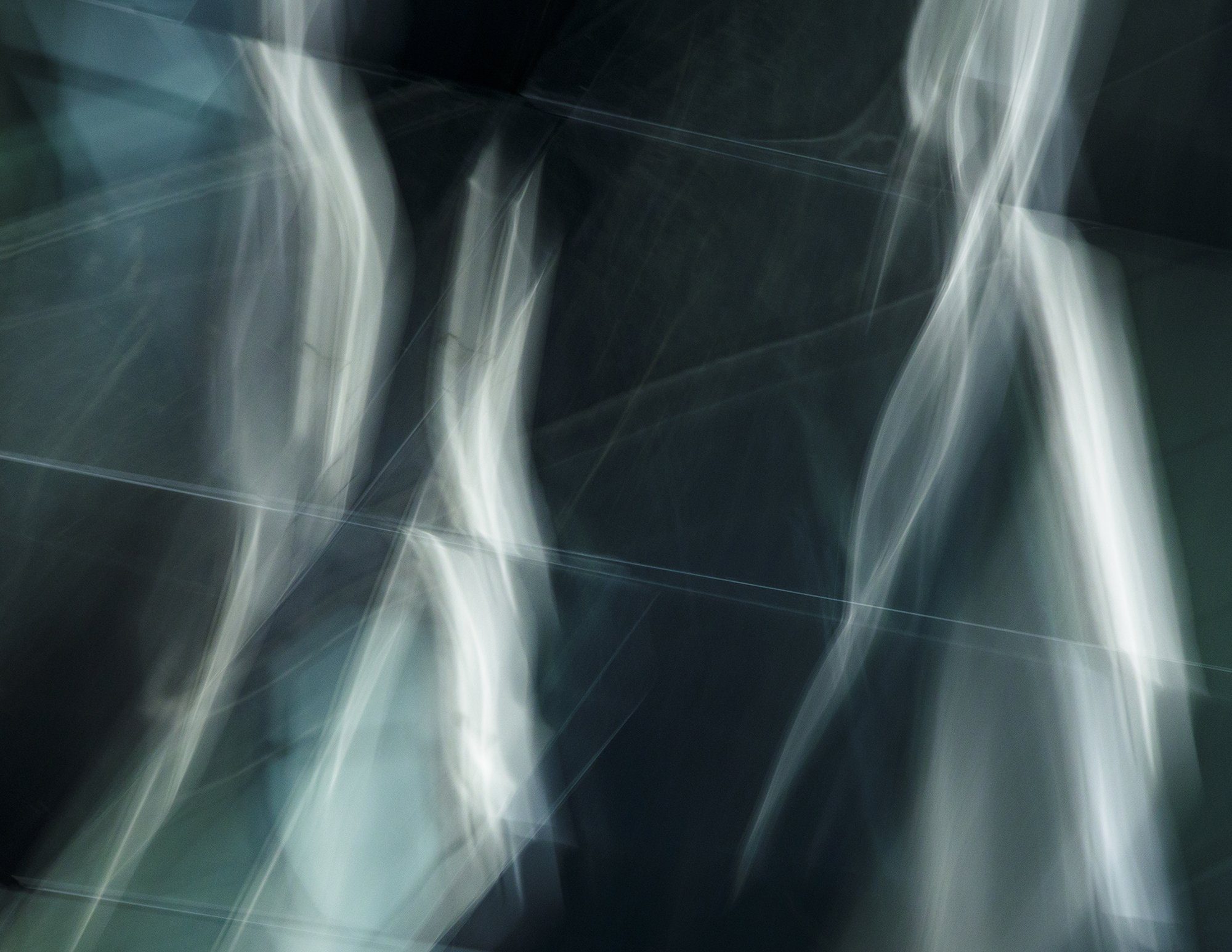 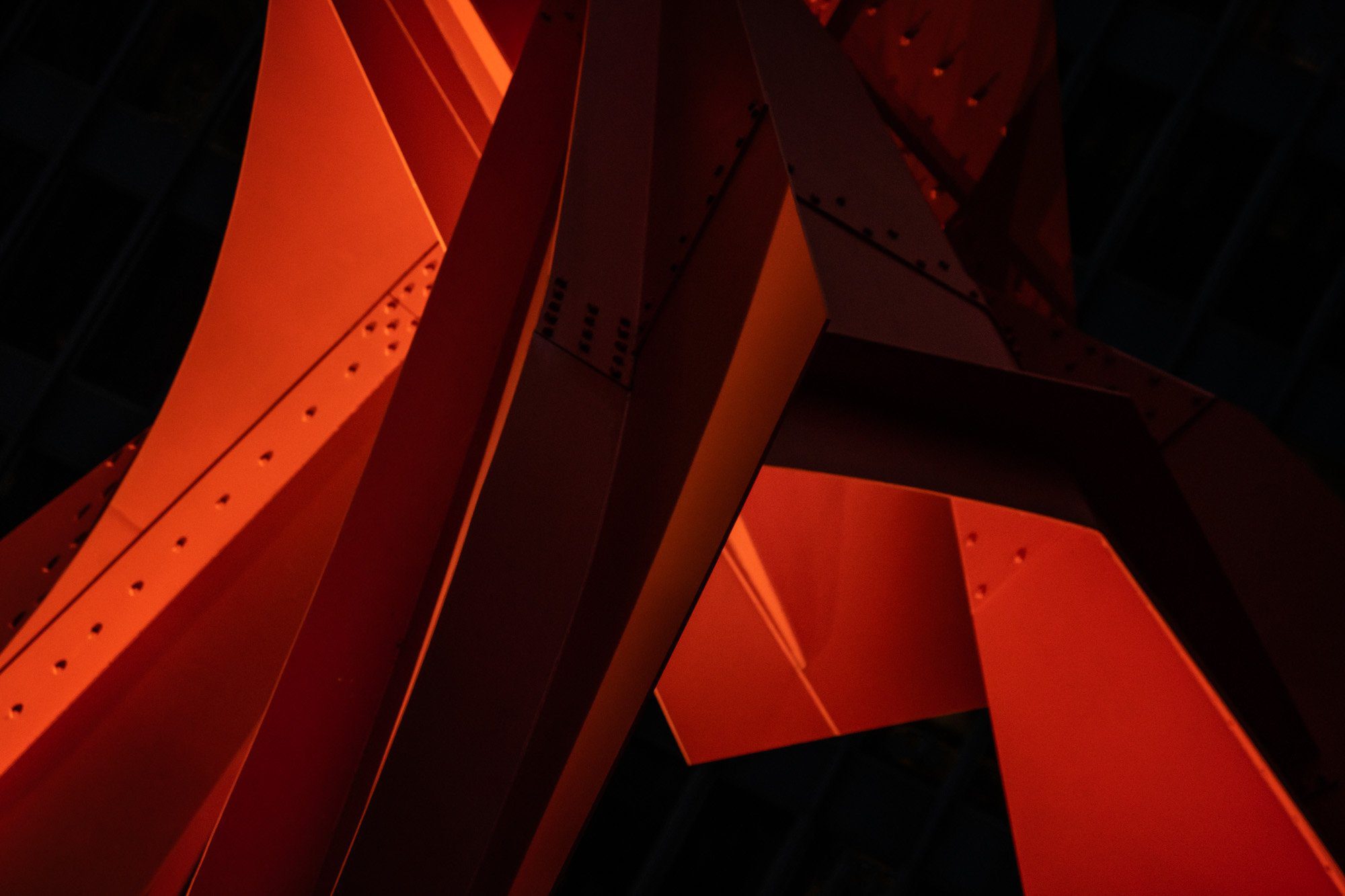