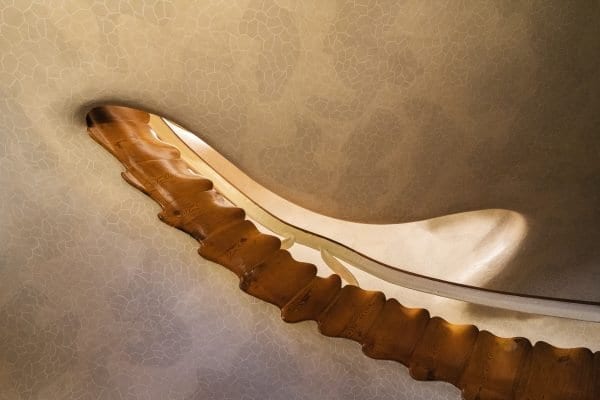 While we’re all stuck at home and anxiously awaiting the chance to travel again we thought we’d take a little virtual trip to the wild world of Antoni Gaudí. His work has become synonymous with Barcelona where he has many buildings in his one-of-a-kind style. Never fitting in with any particular architectural movement he has […]

We’re at the final destination for Barcelona, the incomparable Sagrada Família. We started this little tour with Gaudí and we’ll end with him 🙂 Construction began in 1882 with architect Francisco de Paula del Villar’s design until Gaudí took over in 1883 and combined Gothic and Art Nouveau styles. He devoted the rest of his life […]

Of course I had to seek out the modern architecture in Barcelona. And if there’s a Frank Gehry design, you better believe I’m going to photograph it! The one day that was all about photography started out very gray. Not super thrilled about that but you do what you can with the conditions you’re dealt […]

Despite the controversy around Richard Meier this year, his Barcelona Museum of Contemporary Art was a photographic stop I had to make. Located in the Gothic District, his modern design instantly stands out and is instantly recognizable. For those of you familiar with the Getty Center in Los Angeles it has a very similar feel. The […]

A few days ago I shared some architecture from Barcelona’s favorite architect, Gaudí. Today will be a bit more random with a number of locations throughout the city. The first is Catedral de Barcelona, which we kind-of stumbled upon. Totally following the herd mentality and figuring it had to be important since there was a line […]

After a fantastic workshop in Paris, I headed to Barcelona for a few days.  The main reason was to attend the Biennial of Fine Art & Documentary Photography where I was having some of my work exhibited after winning in the Architecture category the last two years 🙂 And what a great excuse to visit […]