Why You Should Revisit the Same Location – Calder Flamingo 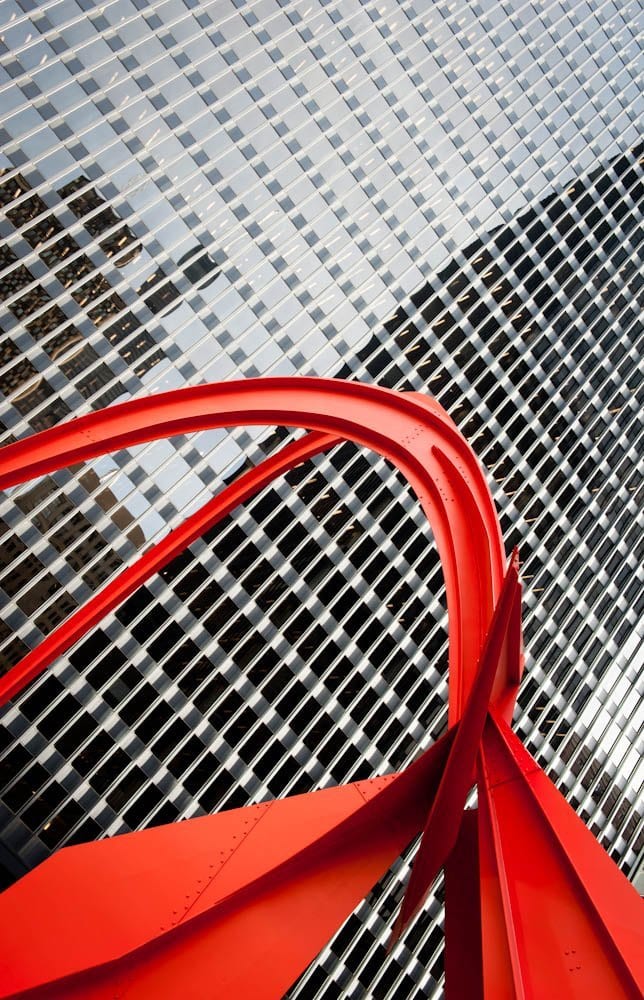 We’re often asked if we photograph the same location more than once, particularly when it’s in one of our hometowns. The answer is a definite, YES! We’ll focus on Chicago’s Calder Flamingo as an example since it’s such a great location! There are a number of reasons to revisit the same location. The first and, […]

Week 6 of the Intro to Architecture Composition Class focused on contrasts. A relatively obvious location in the Loop is the Alexander Calder Flamingo in Federal Plaza. The bright orange of the sculpture contrasting with the surrounding black buildings is the most obvious contrast, which also offers a warm/cool contrast in tones. If the emphasis […]

Seems I covered a fair amount of ground on Wednesday without really intending to, guess I’m trying to make up for lost time shooting. These are just a few random photos that didn’t really fit in with my intended purpose for shooting Wednesday but I thought I’d share them anyway. First up, the Chicago Symphony […]