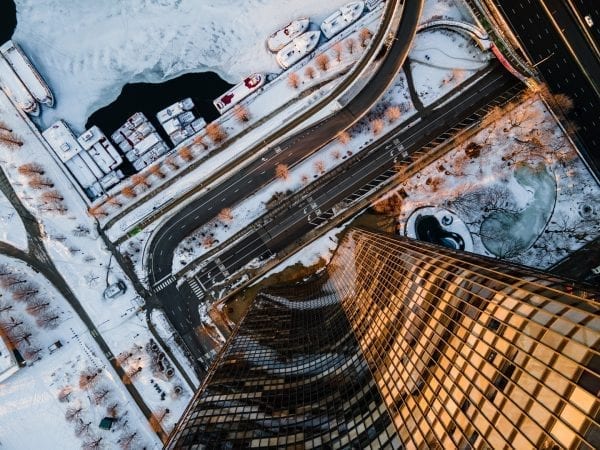 Last week we had some warmer, sunny days so I decided to drag myself out of bed at the ungodly hour of 4:30am to get ready and get down to the lakefront for some drone shots. Mainly of the St Regis Chicago for a client project but there’s one shot in particular that I grabbed […]

There are a few sites from Open House Chicago I didn’t cover extensively in previous posts but I managed to get a shot or two I liked. So, I thought I’d combine them in this last OHC post. The first location is the recently renovated Chicago Motor Club which is now a Hampton Inn. I […]

Saturday was the first Modern Architecture Minibus Photography Tour Chris Smith, from Out of Chicago Photography, and I have led. It was so fun and we had some great weather, though some insane wind at a couple locations. And lets not forget the super fun group that we got to hangout with all day! The […]

I’m so excited to announce an all-day architecture tour Chris Smith and I will be hosting on Saturday, April 18! We plan to tour some modern architecture sites throughout the city, focusing on getting to those harder to access places outside of the loop. Instead of a walking tour, we’re jumping on a minibus to […]