One more post from Miami! This time we start with a sunrise view of the city. Followed by another Zaha Hadid design, One Thousand Museum. One of her last projects before her passing. And the first high rise she designed in the Western Hemisphere. The curvy exoskeleton is not only intriguing from an aesthetic perspective […]

Next up in Miami, an afternoon in South Beach with two fantastic buildings. The first is the Miami Beach Convention Center by Fentress Architects. The design was inspired by the natural elements in the area…the ocean, beach, underwater life and particularly, the ocean waves. Definitely apparent in the curviness of the facade. I also feel […] 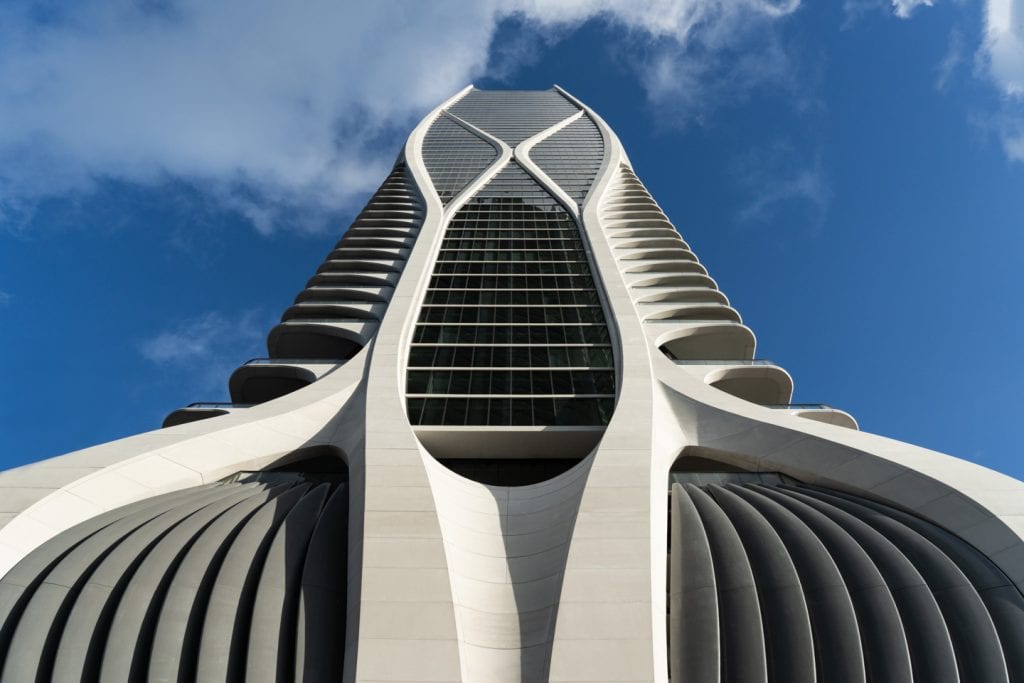 One more Miami stop with Zaha Hadid, One Thousand Museum. One of the last projects designed by Hadid before her passing. Also the first residential tower she designed in the Western Hemisphere. Beautiful from afar or near, the curves and lines of the exoskeleton help resist hurricane winds as well as allow for fewer interior […]

Our second day in Miami began with sunrise at Watson Island. We were greeted by an enormous cruise ship blocking the view of the city, so instead of cityscape shots, I photographed more clouds behind me. Again, I’ll share those soon. Regardless, it was a beautiful morning. After sunrise, we stopped by the Zaha Hadid […]

Escaping to Miami in early February just after record-breaking cold here in Chicago was most welcome! We spent 2 days photographing the best architecture and cityscapes the city has to offer. Plus I snuck in some cloud photos with the incredible sunset and sunrise we were lucky enough to experience, although not by the city’s building’s, […]