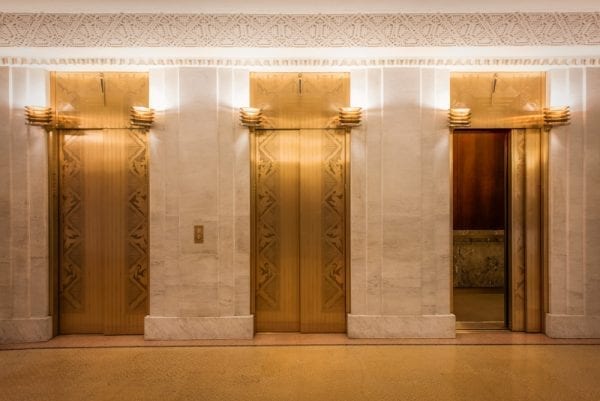 One of Chicago’s true gems is the historic Rookery. Designed by Burnham & Root, it was home to their offices and completed in 1888. At 12 stories tall, it’s the oldest highrise still standing in Chicago’s Loop. One of its key features is its glass-covered central light court which was remodeled by Frank Lloyd Wright […]

After last week’s failed attempt to do the full Wednesday Rookery Tour, I had a chance to visit again this week. Luckily the tour took place and I managed to get a few images. Although the main purpose in doing the tour was to see the library for my The White City series, of course […]

After a number of weeks not getting out to shoot, I took a little trip down La Salle Street today. I’ve never really shot the Chicago Board of Trade and it really is a stunning building, perfectly centered at the south end of La Salle, which to me is one canyon of a street, it’s […]