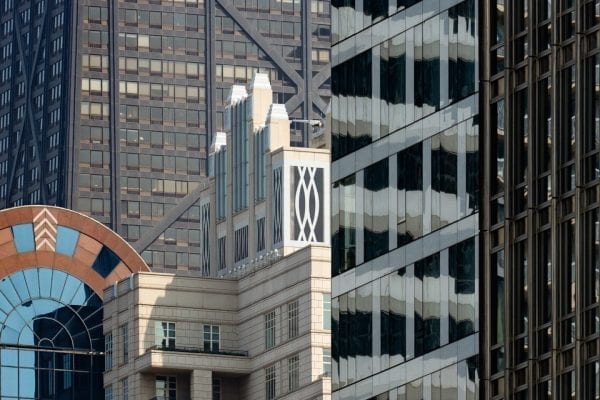 Last week I was hoping to shoot the Bean early in the morning while things are still quiet because of Covid. Well, guess I should have looked at Millennium Park’s restrictions because I was not getting in, at least not at the time I arrived. I had also hoped to shoot Vista from the Field […]

I’m excited to share the Catherine Edelman Gallery(CEG) is now featuring my Urban Quilt series from New York City and the United Arab Emirates through their online Chicago Project Gallery. Images are available in editions of 15 at 16″x16″. If you’re looking for another size just let me or the gallery know and I/we can […]

Hi there! As I’m sure you know, I’ve been working on my Urban Quilt Chicago series for a few years now. Recently, I’ve expanded to other cities, with New York City being a great location to broaden this series. I’m happy to share some of the images were recently shared on Petapixel. Head over here […]

During my workshop in New York City earlier this year I was on the lookout for images to add to my Urban Quilt series. At this point, I’ve separated cities into their own sets, though I’m not sure I’ll keep it that way. A few cities are in the works but NYC and Chicago are […]

“DESIGN IS NOT MAKING BEAUTY, BEAUTY EMERGES FROM SELECTION, AFFINITIES, INTEGRATION, LOVE.” – LOUIS KAHN On my May workshops, I managed to create two new Urban Quilt images! Always fun to find new versions to add to this series. Here they are 🙂 Interestingly, both a combination of curves and lines. See more from the […]

While teaching that 1on1 workshop a couple weeks ago I managed to get a couple new shots for two of my series. Seems these two are top of mind lately, or the conditions just happen to be right…or, perhaps, both 😉 Either way, I’ll first share a new one for my Cloudscrapers series (see the […]

Design is not making beauty, beauty emerges from selection, affinities, integration, love.” – Louis Kahn   As I mentioned in my previous post, I’ve lucked out with seeing new images for a couple of my ongoing series (plus I might have a new one in the works…more in a later blog post!). Last week I […]

You're Invited, Urban Quilt on Exhibit!

YOU’RE INVITED! Urban Quilt on Exhibit I thrilled to be sharing 16 pieces from my ongoing Urban Quilt series at Perspective Gallery during the month of April! I’d love to have you join me for the opening reception on Saturday, April 7! What’s not to love about art, wine + good company! Opening Reception: Date: […]